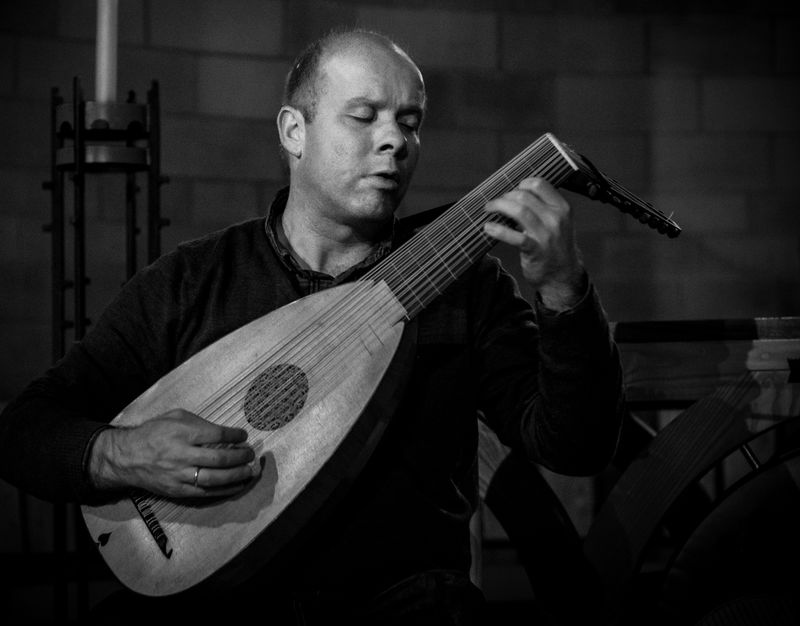 “Matthew Wadsworth studied lute at London’s Royal Academy of Music with Nigel North, after which he spent a year at the Royal Conservatory of Music in The Hague.

Working in the UK, Europe and North America as a soloist and chamber musician, Wadsworth has appeared at most major concert halls and festivals, and can often be heard on radio, both in live performance and recordings.

His many CD recordings for Channel Classics, Linn Records, Deux-Elles and Wigmore Live have all received international critical acclaim, and have been featured as Gramophone Editors Choice on 3 occasions.

Wadsworth is looking forward to collaborating with Dame Evelyn Glennie on a new piece for theorbo and marimba, being written for them by Stephen Goss.

He has also worked as a soloist with the Scottish Chamber Orchestra and Northern Chamber Orchestra, and as a continuo player with The Academy of Ancient Music, English Touring Opera, Birmingham Opera Company, Independent Opera, The Netherlands Bach Society, I Fagiolini, The English Cornett and Sackbut Ensemble, The Musicians of the Globe, Arion, Constantinople, The Theatre of Early Music and Les Violons du Roy.

Matthew has recorded for Avie, Deux-Elles, Linn, EMI, Channel Classics and Wigmore Live. His CD recordings have all received international critical acclaim, and have been featured as Gramophone Editors Choice on several occasions.
All recordings are available on Spotify and Apple Music, and can be purchased on Amazon and iTunes.
They include but are not limited to:

Music by Dowland, Johnson, Kapsberger, and a new piece for solo theorbo called ‘The Miller’s Tale’ by Stephen Goss.

The Knight of the Lute

Masters of the Lute

‘A ringing endorsement of the beauty of the theorbo in a distinguished recital… Wadsworth has an imperious command of some impressive solo material… he glories in the fleeting mysteries of these works, allowing the notes to speak with unequivocal conviction’